By Martin LLP   On December 3, 2019
POSTED IN CategoryCORPORATE

An initial decision the parties to the transaction will have to make is the type of structure to use, which will generally be an asset purchase, a stock purchase or a merger.

There are variations to each of the above structures that could be considered depending upon a variety of strategic, operational, tax and accounting considerations applicable to both the non-U.S. acquirer and the selling parties. A description of such variations, as well as a description of joint venture structures intended to meet similar objectives, are beyond the scope of this article.

Whichever structure the parties conclude is the most efficient to employ, certain U.S. federal and state laws will need to be considered.

If certain statutory size-of-the-parties and size-of-the-transaction thresholds are met, under the Hart- Scott-Rodino Antitrust Improvements Act of 1976, as amended (the “HSR Act”), before the non-U.S. acquirer closes the transaction it must provide prior notification of the transaction to the Federal Trade Commission (“FTC”) and the U.S. Department of Justice (“DOJ”). As of February 2013, the size-of-the- transaction filing threshold is $70.9 million. Following prior notification of the transaction being made, the parties would then need to wait a minimum of 30 days to consummate the transaction. This waiting period may be extended (or shortened) by either the FTC or DOJ depending on whether the proposed transaction prompts an investigation of possible anti-competitive concerns. Moreover, early termination of the 30-day waiting period may be requested; however, if granted, the early termination will be publicly disclosed. The waiting period begins on the date the notification report and any accompanying paperwork is filed with the FTC and DOJ. Such reports must include a filing fee (based on the size of the transaction, which is equal to the aggregate total amount of voting securities, assets, or non-corporate interests being acquired), currently ranging from $45,000 to $280,000. While the acquiring person is responsible for the payment of the fee at the time of filing, ultimate responsibility for the fee can be as agreed by the parties to the transaction. Rules promulgated by the FTC and DOJ contain a specific exemption for certain acquisitions by a non-U.S. acquirer. However, the exemption is fact specific and focuses on the value of the U.S. assets or securities being acquired. The HSR Act also contains technical exemptions from its reporting requirements; therefore, each transaction should be reviewed to determine whether it is reportable under the HSR Act.

Another U.S. agency that may review the transaction is the Committee on Foreign Investment in the United States (“CFIUS”). Through CFIUS, the President of the United States may suspend or prohibit a transaction related to the acquisition of a U.S. business by a non-U.S. person if there are national security concerns pursuant to the Exon-Florio Amendment to the Defense Production Act of 1950, as amended (“Exon-Florio”). Exon-Florio filings are voluntary, and many non-U.S. acquirers do not provide notice to CFIUS since most transactions involving a U.S. target do not raise national security concerns. However, amendments to Exon-Florio in 2007 (the Foreign Investment and National Security Act of 2007) further expanded its reach to any transaction that involves homeland security, critical infrastructure, major energy assets and critical technologies. Moreover, the assessment of the applicability of the statute and risks associated with not submitting a notification remains with the parties to a transaction, who can be subject to civil penalties as well as action by the President to suspend or prohibit the transaction. A recent example of the President taking such action occurred in September, 2012. President Obama directed the Chinese-owned Ralls Corporation to divest itself of four wind turbine project companies in Boardman, Oregon, which were in or within the vicinity of restricted air space at a Naval Weapons Systems Training Facility. Ralls Corporation had failed to notify CFIUS of the acquisition in early 2012 and subsequent negotiations with CFIUS had failed to devise a mitigation agreement to CFIUS’ satisfaction. As a result, the non-U.S. acquirer in any transaction involving such assets or technologies should consider filing a report with CFIUS for review. In addition, filing of a report should be considered where the U.S. target employs personnel with security clearances for classified governmental materials or is a party to classified contracts with security-sensitive U.S. governmental agencies. Once the report is filed, if CFIUS determines the transaction may present national security concerns, it will commence a 45-day investigation to determine whether the issues presented require further mitigation efforts, or if the matter should be referred to the President for action. The President then has 15 days to take any final action.

There are other U.S. federal rules that may need to be considered depending on the nature of the assets that may be involved in the transaction, examples of which are as follows:

• The Federal Aviation Act prohibits non-U.S. airlines from owning more than 25% of the voting stock in a U.S. company serving the domestic airline market.

• A non-U.S. entity that holds direct investments in U.S. property interests having an aggregate value in excess of certain thresholds would be subject to reporting requirements under the Foreign Investment in Real Property Act.

• A domestic or non-U.S. corporation that is controlled by a non-U.S. person and engages in a trade or business in the United States is required to file annual information reports under the Tax Equity and Fiscal Responsibility Act.

• The Foreign Bank Supervision Enhancement Act requires the Federal Reserve to examine non-U.S. owned banks operating in the United States. Among the factors that will be examined are risk management, operational controls, compliance and asset quality.

• Any U.S. company in which a non-U.S. person or entity acquires a 10% or more voting interest is required to file a mandatory report under the International Investment and Trade in Services Survey Act.

• The Merchant Marine Act restricts the registration and licensing of vessels to those that are owned, chartered, or leased from the Secretary of Commerce by a U.S. citizen or an entity organized in the United States and controlled by U.S. citizens.

• The Mineral Lands Leasing Act restricts the leasing of mineral lands owned by the federal government to only U.S. citizens and to corporations organized in the U.S. The latter may be foreign owned, but in general a greater than 10% foreign ownership is allowed only to the extent the foreign owner’s country grants similar right to U.S. citizen.

An overriding consideration of all parties in any asset purchase, stock purchase or merger transaction involving a U.S. target and a non-U.S. acquirer would be issues under the U.S. Internal Revenue Code of 1986, as amended (“U.S. Code”). Complex tax issues will influence the appropriate structure of the transaction and may determine how the transaction will be financed. In addition, differences between the
U.S. Code and the non-U.S. acquirer’s tax code will need to be thoroughly analyzed, as well as the effect of any tax treaties that may exist.

In addition to the U.S. federal laws that require consideration, the U.S. target’s organizational documents and the laws of the state where the U.S. target is organized will also have to be reviewed. The corporate laws of the various states proscribe rules and procedures that must be followed in order to effectuate the transaction. Examples include rules that require the approval of the shareholders and directors, as well as certain “appraisal rights” that are granted to dissenting shareholders. Other procedures and rules that must be considered under applicable state law include without limitation control share, business combination, or fair-price anti-takeover statutes.

A transaction involving the acquisition of a U.S. company by a non-U.S acquirer is a process which requires careful consideration of many aspects of U.S. federal and state law, as well as international law. This article briefly summarizes certain, but not all, issues that need to be considered in order to identify and resolve issues that may impede the transaction. Any transaction of this type should only be entered into after review with counsel and careful consideration of all relevant issues. For further information, please contact Andrew W. Nelson at anelson@martinllp.net or (203) 973-5223. 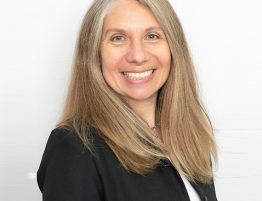 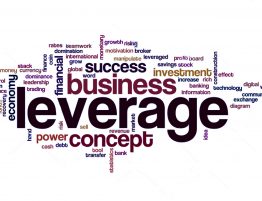 April 2020 In Part I of this blog post series, we provided an overview of… 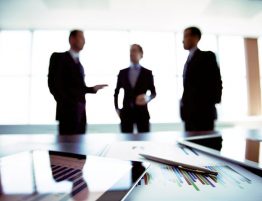 In previous blog posts, we have explored the benefits of rollover equity when selling a… 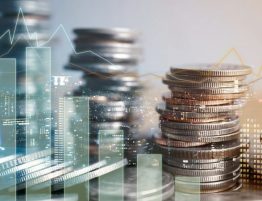 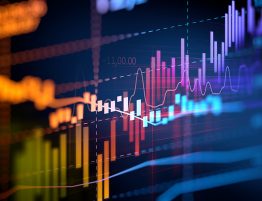 When selling a business, maximizing return is the primary goal of most owners. With increasing… 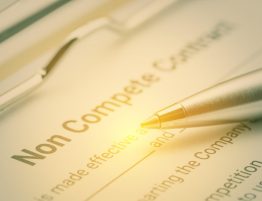