By Martin LLP   On October 8, 2021
POSTED IN CategoryFinance

On September 15, 2021, the House Ways and Means Committee approved certain tax proposals to be included in the “Build Back Better” $3.5 trillion reconciliation legislation. The legislation includes a number of tax increases designed in part to help defray the costs of the Biden Administration’s new spending bill, including, in particular, several changes to the tax treatment of long-term capital gains. While these changes will certainly apply to gains from quintessential “investments”– such as publicly traded stocks and bonds – the impact on a business owner contemplating a sale of his or her company will be significant. Although the Ways and Means proposals include other tax increases that will impact business owners – including an increase in the top marginal individual income tax rate – this post is focused on tax law changes that may arise in the disposition of a business.

As most business owners are aware, the sale of an equity interest in a business that is held for more than one year is treated as a long-term capital gain for tax purposes. The current capital gains rates range from zero to twenty percent, depending on filing status and annual income. However, for small to middle-market business owners, the highest current bracket of twenty percent would apply to the proceeds from the sale of a business (assuming such sale were structured as a sale of stock or other equity as opposed to a sale of assets). The following proposed changes would impact this tax rate:

Combined, these increases or adjustments can result in a business owner’s long-term capital gains rate increasing from 20% to 28.8% – or, potentially, 31.8% once the surcharge thresholds outlined above are exceeded – on the proceeds of a business sale. For a an actively involved business owner selling his or her business for $5 million – which may be the culmination of a life’s work in building a business and one of the most significant financial events of his or her lifetime – the new capital gains rates could theoretically result in an additional tax liability on the sales proceeds of nearly $500,000.

The question of what, if anything, a business owner can do to prepare for these changes is much less certain. The increase in capital gains rates purports to be retroactive to the date of its introduction – an approach that has been taken in the past – meaning that the increased rates, if they ultimately become law, will apply to investment sales that occur after September 13. There is an exception for a transaction consummated after September 13 that was the subject of a binding legal agreement entered into prior to that date, but that will not help the business owner who only begins his or her tax planning strategy as a result of the proposed legislation. As is often the case, these changes may result in a “lock-in” effect, where a business owner that is otherwise ready to sell might defer such plans to the future in hopes for future tax law changes that might be more economically beneficial.

One other component of the proposed legislation that might impact the small and midsize business owner is – the limitations on the exclusion of qualified small business stock (QSBS) under Section 1202 of the Internal Revenue Code. This tax law provision has traditionally been relied on to decrease tax liability on the sale of certain qualifying stock in small businesses and was used as a means to promote investments in and ownership of such small business stock. Currently, there are three levels of tax exclusion available to the beneficiaries of the QSBS provisions, with those benefits being the potential exclusion from income of 50%, 75% or 100% of the resulting proceeds from the sale of the QSBS based on when such stock was acquired. Under the Ways and Means Committee proposals, individuals with AGI of $400,000 or more will no longer be eligible to qualify for the 75% and 100% exclusion levels, but rather will be limited to an exclusion of 50% of the gain on sale or exchange of QSBS regardless of when such stock was acquired. This will substantially limit the tax benefits available to investors in many small and medium-sized businesses, including investors who invested in such QSBS in reliance on the availability of the exclusion, thereby further impeding the ability of such businesses to attract institutional investments and ultimately pursue a growth strategy that may result in a more financially lucrative sale event.

Despite the fact that it may be too late for a business owner to begin to plan around these potential tax changes (assuming some version of them is adopted into the final legislation), they nevertheless merit further discussion with your professional advisors. While the precise scope of the tax increases discussed above may change in the final legislation, there will undoubtedly be changes on the near-term horizon, and the most effective tax strategy is always one that is planned well in advance. 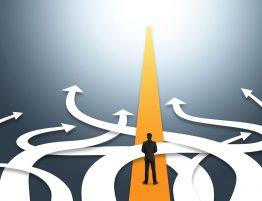 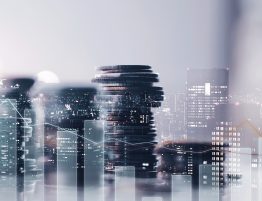 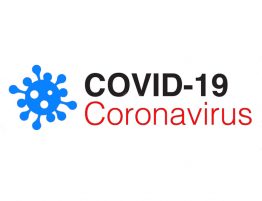 COVID-19 Alert To our clients, friends and colleagues: Governor Ned Lamont of Connecticut has issued…